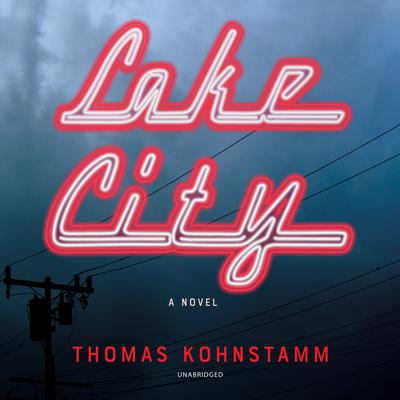 The setting is Seattle’s Lake City neighborhood during the 2001 holiday season. In the wake of the 9/11 tragedy and at the peak of Seattle’s first wave of tech-boom gentrification―a wave that never quite made it to his neighborhood―Lane Bueche schemes how to win back his wife (and her trust fund). In his childhood bedroom in his mother’s decrepit old house, the idealistic but self-serving striver Lane licks his wounds and hatches a plot.

He discovers a precarious path forward when he is contracted by a wealthy adoptive couple to seduce and sabotage a troubled birth mother from his neighborhood. Lane soon finds himself in a zero-sum game between the families as he straddles two cultures, classes, and worlds. With the well-being of the toddler at stake, Lane must choose between wanting to do the right thing (if he could only figure out what that is) and reclaiming the life of privilege he so recently had and, he feels, so richly deserves.

“Lake City is a darkly funny and extremely relevant debut novel about American inequality and moral authority, featuring a sad-sack antihero who takes way too long to grow up. When he finally does, the results are beautiful, and the book ultimately becomes an elegy for a now-gone Seattle and a lesson in how the place we’re from never fully lets us go.” —Anthony Doerr, #1 New York Times bestselling author
“A blistering, clear-eyed, and surefooted debut novel about the perils and pitfalls of misdirected ambition.” —Jonathan Evison, New York Times bestselling author
“Narrator Bronson Pinchot’s warm voice delivers a post-9/11 story that tackles culture clash and class struggle…His playful tone jibes with the novel’s hilarious and dark moods.“ —AudioFile
“Hip, intrepid, and philosophical…Kohnstamm’s fresh voice has a millennial groove, the story is engaging and gritty, and there’s an impressive scrutiny of personal and societal ethics.” —Publishers Weekly
“Kohnstamm has written a novel of Pale Male Fail above and below the poverty line, a Dickensian tale of a fledgling philosopher who’s taken flight from trailer parks to Gramercy Park and then . . . had his wings clipped. This is the American Dream cut thin on a grocery store meat slicer, laced with oxy, stolen booze, and an unfinished dissertation. It’s a rotgut to Dom Pérignon rainbow, which is to say: Lake City is a crucial black comedy about the myths of money and happiness and whether nature, nurture, or AmEx rears a better man.” —Maria Dahvana Headley, author of The Mere Wife
“There are so many reasons to admire Thomas Kohnstamm’s astonishing debut novel: his astute and cutting depiction of urban gentrification, his pitch-perfect evocation of a young man’s endless ricochet between self-aggrandizement and self-hatred, his vision of Seattle’s grungy underside that is so richly related one can almost smell the cedar and cannabis wafting off the pages. And yet, it is Kohnstamm’s innate storytelling verve—his taut, noirish knack for plotting and his ability to make the reader laugh, cringe, worry, and feel for his characters all at once— that makes Lake City truly unputdownable.” —Stefan Merrill Block, author of Oliver Loving: A Novel

Thomas Kohnstamm was an experienced travel writer when Broadway Books released his travel memoir Do Travel Writers Go to Hell?, which was chosen as one of Outside magazine’s favorite road books and is in development at a feature film.