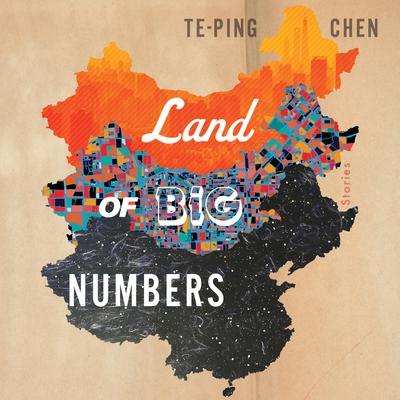 An O Magazine Pick of 20 Best Books of the Month

A Washington Postn Pick of the Month

A Harper’s Bazaar Pick of the Month's Best Books

A BuzzFeed Books Pick of February

A Millions.com Pick of the Month

A Rumpus Pick of Most Anticipated Books of 2021

“Gripping and illuminating . . . At the heart of Te-Ping Chen’s remarkable debut lies a question all too relevant in 21st Century America: What is freedom?” —Jennifer Egan

“Immensely rewarding, from the first sentence to the last . . . An exceptional collection.” —Charles Yu

A “stirring and brilliant” debut story collection, offering vivid portrayals of the men and women of modern China and its diaspora, “both love letter and sharp social criticism,” from a phenomenal new literary talent bringing great “insight from her years as a reporter with the Wall Street Journal” (Elle).

Gripping and compassionate, Land of Big Numbers traces the journeys of the diverse and legion Chinese people, their history, their government, and how all of that has tumbled—messily, violently, but still beautifully—into the present.

Cutting between clear-eyed realism and tongue-in-cheek magical realism, Chen’s stories coalesce into a portrait of a people striving for openings where mobility is limited. Twins take radically different paths: one becomes a professional gamer, the other a political activist. A woman moves to the city to work at a government call center and is followed by her violent ex-boyfriend. A man is swept into the high-risk, high-reward temptations of China’s volatile stock exchange. And a group of people sit, trapped for no reason, on a subway platform for months, waiting for official permission to leave.

With acute social insight, Te-Ping Chen layers years of experience reporting on the ground in China with incantatory prose in this taut, surprising debut, proving herself both a remarkable cultural critic and an astonishingly accomplished new literary voice.

“Reveals portraits lovingly rendered with insight from her years as a reporter with the Wall Street Journal." —Elle
“Brimming with tales of men and women in modern China desperately seeking a sense of reinvention.” —O, The Oprah Magazine
“The author excels at realism and vivid portrayals of the widening gap between China’s haves and have-nots.” —New York Times Book Review
“Chen emerges as a fiction powerhouse, each of her ten stories an immersive literary event…Traversing continents and cultures, moving effortlessly between China and the US, Chen deftly presents everyday lives that entertain, educate, and universally resonate.” —Booklist (starred review)
“Gripping and illuminating…[on] a question all too relevant in twenty-first-century America: What is freedom?” —Jennifer Egan, New York Times bestselling author

Te-Ping Chen is an author whose fiction has been published by or is forthcoming from the New Yorker, Granta, Guernica, Tin House, and Bomb. She is a Wall Street Journal correspondent based in Philadelphia, where she writes about workplace issues. From 2014 to 2018, she was a Beijing-based correspondent for the paper covering politics, society, and human rights. Before that, she was a Hong Kong correspondent, covering the city’s politics and pro-democracy movement. Prior to joining the Wall Street Journal in 2012, she spent a year in China interviewing migrant workers as a Fulbright Fellow and worked as a China reporter for the International Consortium of Investigative Journalists in Washington, DC.