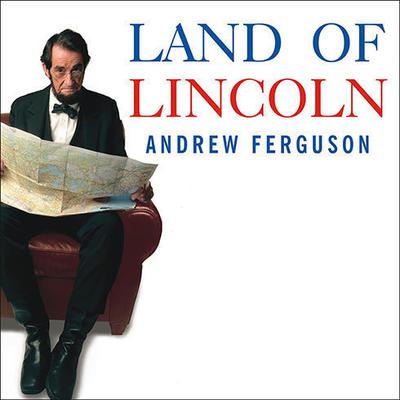 Before he grew up and became one of Washington's most respected reporters and editors, Andrew Ferguson was, of all things, a Lincoln buff. Like so many sons of Illinois before him, he hung photos of Abe on his bedroom wall, memorized the Gettysburg Address, and read himself to sleep at night with the Second Inaugural or the "Letter to Mrs. Bixby." Ferguson eventually outgrew his obsession. But decades later, his latent buffdom was reignited by a curious headline in a local newspaper: Lincoln Statue Stirs Outrage in Richmond. "Lincoln?" thought Ferguson. "Outrage? I felt the first stirrings of the fatal question, the question that, once raised, never lets go: Huh?" In Land of Lincoln, Ferguson embarks on a curiosity-fueled coast-to-coast journey through contemporary Lincoln Nation, encountering everything from hatred to adoration to opportunism and all manner of reaction in between. He attends a national conference of Lincoln impersonators in Indiana; seeks out the premier collectors of Lincoln memorabilia from California to Rhode Island; attends a Dale Carnegie-inspired leadership conference based on Lincoln's "management style"; drags his family across the three-state-long and now defunct Lincoln Heritage Trail; and even manages to hold one of five original copies of the Gettysburg Address. Along the way he weaves in enough history to hook readers of presidential biographies and popular histories while providing the engaging voice and style of the best narrative journalism. Ultimately, Land of Lincoln is an entertaining, unexpected, and big-hearted celebration of Lincoln and his enduring influence on the country he helped create.

A splendid book...so wonderful I am sick with envy. —The New York Post
“Writing with humor, insight, imagination, and warmth, Andy Ferguson has accomplished a most unusual feat—he gives us a fresh look at Abraham Lincoln and his impact on our country.” —Doris Kearns Goodwin, Pulitzer Prize–winning author
“Wow! This is a fascinating book. With his usual humor and insight, but also with real poignancy, Ferguson looks at how we see ourselves as a nation by exploring the way we choose to see Lincoln. The result is brilliant and amusing, but also deeply moving.” —Walter Isaacson, New York Times bestselling author of The Innovators
“A hilarious, offbeat tour of Lincoln shrines, statues, cabins and museums…The Land of Lincoln turns out to be a big place: bigger than Illinois, bigger even than the United States, stranger than anyone would have thought. Mr. Ferguson maps it expertly, with an understated Midwestern sense of humor that Lincoln, master of the funny story, would have been the first to appreciate.” —New York Times

Andrew Ferguson is a senior editor at the Weekly Standard and has written for the New Yorker, the New Republic, the Washington Post, and many other national publications. He lives in Washington, DC.