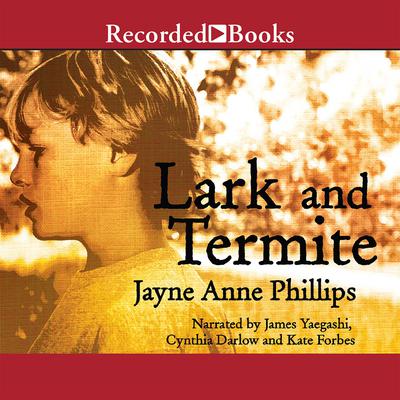 A 2009 Chicago Tribune Book of the Year

A 2009 Christian Science Monitor Book of the Year

A 2009 Washington Post Book World Best Book of the Year

A February 2009 Indie Next Notable Title

A rich, many-layered novel from one of our major writers, her first in nine years. Set in the 1950s in West Virginia and Korea, it is a story of the power of loss and love, the echoing ramifications of war, family secrets, dreams and ghosts, and the unseen, almost magical bonds that unite and sustain us. At its center: Lark and her brother, Termite, a child unable to walk and talk but full of radiance; their mother, Lola; their aunt, Nonie, who raises them; and Termite's father, Corporal Robert Leavitt, who finds himself caught up in the chaotic early months of the Korean War. Told with enormous imagination and deep feeling, the novel invites us into the hearts and thoughts of each of the leading characters; even into Termite's intricate, shuttered consciousness. We are with Leavitt, trapped by friendly fire. We see Lark's hopes for herself and Termite, and how she makes them happen. We learn of Lola's love for her soldier husband and children, and unravel the mystery of her relationship with Nonie. We discover the lasting connections between past and future on the night the town experiences an overwhelming flood, and we follow Lark and Termite as their lives are changed forever.

“Phillips gives each scene an evocative, often lyrical description, but the mystical elements of the story and the improbable ending undermine an otherwise moving exploration of familial love. —New Yorker
“Mysterious, affecting…reveals [a family’s] tangled secrets in such a profound and intimate way that these ordinary, wounded people become both tragic and magnificent.”  —Washington Post Book World
“Lark and Termite offers substantial rewards for readers who value passages of gorgeous, intelligent writing with intricate literary architecture.” —Boston Globe
“Once you open its hypnotic pages you will find yourself pulled like metal to a magnet [Termite’s] sequences are virtuoso segments in which Phillips plays English the way Casals played Bach.”  —Dallas Morning News

Jayne Anne Phillips is the author of three previous novels and two collections of widely anthologized stories. She is the recipient of a Guggenheim Fellowship, two National Endowment for the Arts Fellowships, a Bunting Fellowship, a Howard Foundation Fellowship, and an Academy Award in Literature from the American Academy of Arts and Letters. She is currently professor of English and director of the MFA program at Rutgers-Newark, the State University of New Jersey.