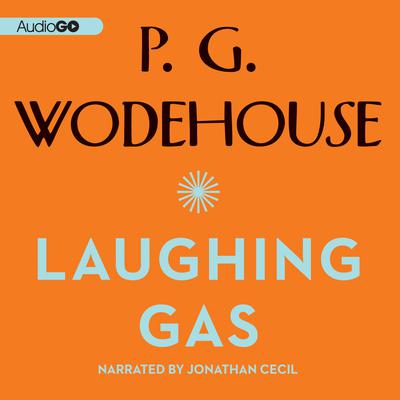 Joey Cooley is a golden-curled child film star, the idol of American motherhood. Reginald, third Earl of Havershot, is a boxing blue on a mission to save his wayward cousin from the fleshpots of Hollywood. Both are under anesthesia at the dentist's office when something strange happens and their identities are swapped.

Suddenly, Joey can use his six-foot frame to get his own back on his Hollywood persecutors. But Reggie has to endure everything Joey had to put up with in the horrible life of a child star—including kidnap.

Laughing Gas is a Wodehouse's brilliantly funny take on the "if I were you" theme—a wry look at the dangers of getting what you wish for in the movie business and beyond.

“A brilliantly funny writer—perhaps the most consistently funny the English language has yet produced.” —Times (London)