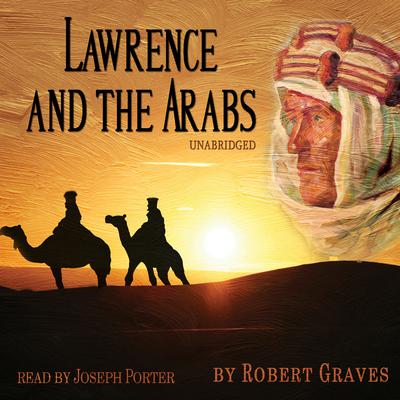 Lawrence and the Arabs

T. E. Lawrence began his lifelong affair with the Middle East while still a student at Oxford, taking a four-month walking tour of Syria to study the Crusaders’ castles. He later returned to the area as an archaeologist and, at the outbreak of World War I, was attached to British Army Intelligence in Egypt. In 1916 he set out on his greatest adventure: with no backing, Lawrence joined Arab forces facing almost insurmountable odds in a rebellion against Turkish domination. His brilliance as a desert-war strategist made him a hero among the Arabs and a legendary figure throughout the world, earning him the moniker “Lawrence of Arabia.” Lawrence, though, had a near-pathological dislike of publicity and thus began a life of self-imposed obscurity as T. E. Shaw, anonymous RAF soldier.

“Intersting and informative.” —New York Herald Tribune Books
“An amazingly human tale.” —Boston Transcript
“As a combination of history, biography, and the research of a bibliophile, it forms an amazingly human tale.” —Boston Transcript
“[Mr. Graves] has done his job admirably and without any too obvious excesses of hero worship.” —New Statesman
“[Readers] will consult Mr. Graves for information about this man.” —New Republic

Robert Graves (1895–1985) was an English poet, translator, and novelist, one of the leading English men of letters in the twentieth century. He fought in World War I and won international acclaim in 1929 with the publication of his memoir of the First World War, Good-bye to All That. After the war, he was granted a classical scholarship at Oxford and subsequently went to Egypt as the first professor of English at the University of Cairo. He is most noted for his series of novels about the Roman emperor Claudius and his works on mythology, such as The White Goddess.