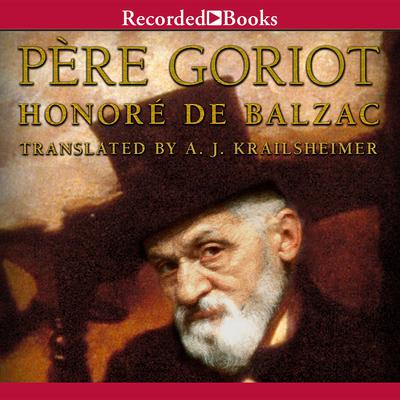 One of renowned French author HonorE de Balzac's finest works, PEre Goriot provides a fascinating glimpse into Parisian life of the early 19th century. The rich character studies and themes of class, personal ambition, and materiality make this insightful novel as compelling today as when it was first published. At the shabby boarding house in the rue Neuve-Sainte-GeneviEve, petty Madame Vauquer and her tenants wonder at the plight of the aging resident Goriot. Once a well-heeled merchant, Goriot was-at first-afforded special treatment from the Madame. But now something is clearly amiss in his financial affairs, and his increasingly tawdry appearance makes him a subject of ridicule in the household. Some think he lost in the markets, others see him as a lecherous patron of prostitutes, but one thing is clear: his selflessness and complete devotion to his two daughters. As the tragedy of old Goriot is revealed, the shallow values of a society come into scrutiny.

“Père Goriot can rightly be regarded as one of the greatest of Balzac’s novels.” —Henry Reed, poet