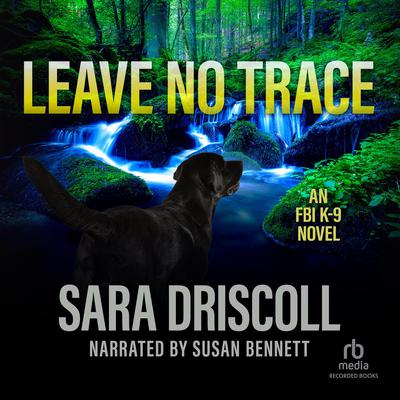 In the fifth F.B.I. K-9 novel, Sara Driscoll weaves together fast-paced suspense and the fascinating world of law enforcement canines, as Meg Jennings and her search-and-rescue dog, Hawk, are heading south, where it’s hunting season. But this time the prey is human.

One arrow through the heart could be a tragic hunting accident. A second one, within days, looks more like a crime. That’s when Meg Jennings and Brian Foster of the F.B.I.’s Forensic Canine Unit head to Georgia to investigate. With their dogs Hawk and Lacey, Meg and Brian are enlisted to follow the scent of a killer. At first, nothing seems to connect the two victims—a county commissioner and State Patrol officer. But the blood sport around the southern town of Blue Ridge is just beginning.

As the body count rises, the compound bow killer becomes even more elusive, appearing and vanishing like a ghost. However, with each new slaying Meg is beginning to suspect the grim design that’s escalating in the shadows. A tragic event that reaches back nearly two centuries in Georgia’s history is now turning Blue Ridge into a hunting ground. But as Meg gets closer to solving the puzzle, the closer she is to stepping into the crosshairs of an elusive murderer with deadly aim, and motives as deep and dark as the woods …

Sara Driscoll is the pen name of Jen J. Danna and Ann Vanderlaan, authors of the Abbott and Lowell Forensic Mysteries. Danna is an infectious-disease researcher at a cutting-edge Canadian university near Toronto but loves to spend her free time writing the thrilling and mysterious. Vanderlaan lives in central Texas with five rescued pit bulls, including Kane, now a certified therapy dog. She also trains with Kane for competitive nose work.