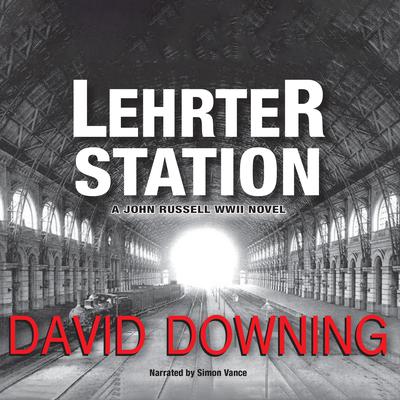 Paris, November 1945. John Russell is walking home along the banks of the Seine on a cold and misty evening when Soviet agent Yevgeny Shchepkin falls into step alongside him. Shchepkin tells Russell that the American intelligence will soon be asking him to undertake some low grade espionage on their behalf—assessing the strains between different sections of the German Communist Party—and that Shchepkin’s own bosses in Moscow want him to accept the task and pass his findings on to them. He adds that refusal will put Russell’s livelihood and life at risk, but that once he has accepted it, he’ll find himself even further entangled in the Soviet net. It’s a lose-lose situation. Shchepkin admits that his own survival now depends on his ability to utilize Russell. The only way out for the two of them is to make a deal with the Americans. If they can come up with something the Americans want or need badly enough, then perhaps Russell will be forgiven for handing German atomic secrets over to Moscow and Shchepkin might be offered the sort of sanctuary that also safeguards the lives of his wife and daughter in Moscow. Every decision Russell makes now is a dangerous one.

“Downing vividly portrays the poignant process of war-scarred Europeans struggling to rebuild lives in the ashes of a nearly destroyed city…A powerful look at the human side of postwar reconstruction.” —Booklist
“Outstanding…Philip Kerr and Alan Furst fans will be pleased.” —Publishers Weekly (starred review)
—
“Downing does a masterful job of exploring life in postwar Berlin and London…impressive.” —Library Journal