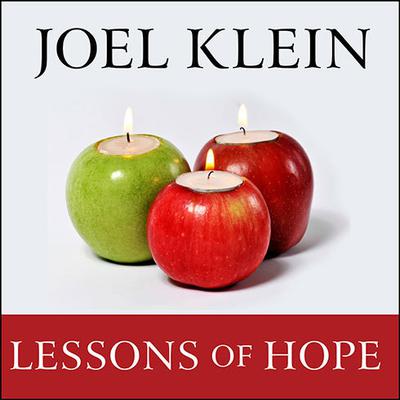 Lessons of Hope: How to Fix Our Schools

In 2002, New York City's newly elected mayor, Michael Bloomberg, made a historic announcement: his administration had won control of the city's school system in a first step toward reversing its precipitous decline. In a controversial move, he appointed Joel Klein, an accomplished lawyer from outside the education establishment, to lead this ambitious campaign. Lessons of Hope is Klein's inside account of his eight-year mission of improvement: demanding accountability, eliminating political favoritism, and battling a powerful teachers union that seemed determined to protect a status quo that didn't work for kids. Klein's initiatives resulted in more school choice, higher graduation rates, and improved test scores. The New York City model is now seen as a national standard for meaningful school reform. But the journey was not easy. Klein faced resistance and conflict at every turn.

Joel Klein served as chancellor of the New York City Department of Education from 2002 to 2011. Earlier in his career, he served as US assistant attorney general in charge of the Antitrust Division of the US Department of Justice, deputy White House counsel during the Clinton administration, and CEO of the US headquarters of Bertelsmann. He currently serves as executive vice president at News Corporation and CEO of its education division, Amplify. He lives in New York City with his wife, Nicole Seligman.