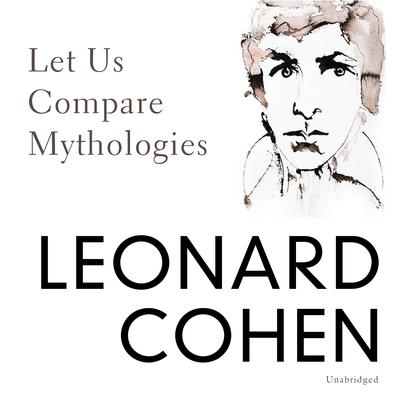 Published to immediate acclaim in 1956 when he was twenty-two years old, Let Us Compare Mythologies is Leonard Cohen’s first book and contains poems written between the ages of fifteen and twenty.

“As strong a poet as he is a musician…Cohen would still be highly thought of if he’d never written a song in his life but had stuck to writing his wry, ironic, tender verse.” —Guardian (London), praise for the author
“A continuing point of reference for Cohen fans.” —New York Review of Books

Leonard Cohen (1934–2016), a Canadian singer-songwriter, poet, and novelist, published two novels and eleven books of poetry and released fourteen studio albums. He was inducted into the Rock and Roll Hall of Fame in 2008, received a Grammy Lifetime Achievement Award in 2010, and was awarded the Glenn Gould Prize in 2011.