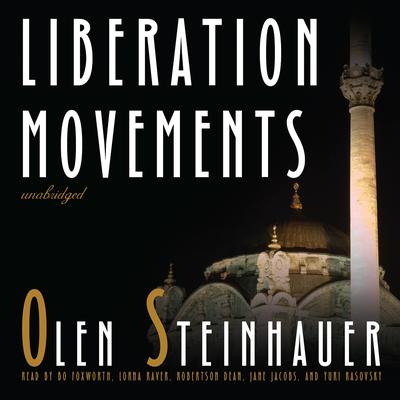 In 1975, a People’s Militia homicide investigator is on a plane for Istanbul when it is hijacked by Armenian terrorists. Before the Turkish authorities can fulfill the hijackers’ demands, the plane explodes in midair.

Two investigators, a secret policeman and a homicide detective, are assigned to the case. Both believe that their superiors are keeping them in the dark, but they can’t figure out why … until they begin to realize that everything is connected to a seven-year-old murder, a seemingly insignificant killing that has had far-reaching consequences.

Politics and history, for which Olen Steinhauer’s novels are most praised, turn intimate and highly compelling in this new novel, reminiscent of John le Carré’s best.

“It is an exhilarating and enjoyable ride.” —Los Angeles Times
“Steinhauer’s first three books caught the frustration and bleakness of their Eastern European setting to heartbreaking perfection. He underscores those qualities this time with contrasting scenes of a Turkish capital bursting with life and some semblance of hope. And the irony which has colored the series to such strong effect is even more evident in Liberation Movements.” —Chicago Tribune
“Steinhauer’s elegant spy novel Liberation Movements is imbued with a retro kind of cool…It is a tight, neatly structured story, built around the lives of very Cold War characters, individuals effaced by the secrecy of their professions and the cynicism of their nation. But Liberation Movements is not so cold or so neat, for all that. At its heart is a messy, human revenge plot…captivating.” —Esquire
“Dazzling…a skilled writer working at the top of his form.” —Publishers Weekly (starred review)
“Five actors divide narrative duties in this beautifully produced story…all do wonderful evocative work portraying the investigators of the explosion, their superiors, who seem to know more than they’re telling, and assorted loves and spouses of the main players in this fascinating Cold War noir…Absorbing performances of an intriguing and memorable thriller.” —AudioFile
“Steinhauer’s use of alternating time periods and tenses and events happening out of sequence demand the listener’s full attention and make this work, read by Bo Foxworth and others, a complicated, taut, and suspenseful listening experience.” —Library Journal (audio review)
“[A] cool and cerebral crime thriller, full of political nuance.” —Kirkus Reviews
“Steinhauer again displays his masterful manipulation of character, plot, and reader expectations…A fast, intriguing read.” —Library Journal (starred review)