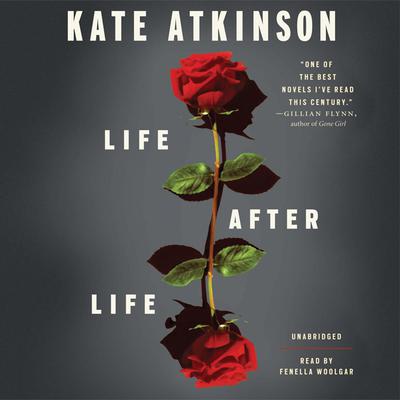 Life After Life: A Novel

A 2013 Guardian Best Book of the Year for Fiction

Winner of the 2014 Indies Choice Book Award for Book of the Year: Adult Fiction

A 2014 ALA Notable Book for Adult Fiction

A 2013 Booklist Editors’ Choice for Fiction

Finalist for the 2013 Women's Prize for Fiction

An Amazon Best Book of the Month, April 2013

On a cold and snowy night in 1910, Ursula Todd is born to an English banker and his wife. Ursula dies before she can draw her first breath. On that same cold and snowy night, Ursula Todd is born, lets out a lusty wail, and embarks upon a life that will be, to say the least, unusual. For as she grows, she also dies, repeatedly, in a variety of ways, while the young century marches on toward its second cataclysmic world war. Does Ursula’s apparently infinite number of lives give her the power to save the world from its inevitable destiny? And if she can, will she?

“There aren’t enough breathless adjectives to describe Life after Life: Dazzling, witty, moving, joyful, mournful, profound. Wildly inventive, deeply felt. Hilarious. Humane. Simply put: It’s one of the best novels I’ve read this century.” —Gillian Flynn, #1 New York Times bestselling author
“Wise, bittersweet, funny, and unlike anything else you’ve ever read…This is her best book yet.” —J. Courtney Sullivan, New York Times bestselling author
“Fascinating...A tour de force that ponders memory and déjà vu—and puts history on a very human scale.” —Parade
“[Atkinson’s] very best…A big book that defies logic, chronology, and even history in ways that underscore its author’s fully untethered imagination…[It] is full of mind games, but they are purposeful rather than emptily playful…Even without the sleight of hand, Life after Life would be an exceptionally captivating book with an engaging cast of characters.” —New York Times
“Life after Life is an extraordinary feat of narrative ambition, an audacious genre bender, and a work of literary genius.” —Amazon.com, editorial review
“Kate Atkinson’s Life after Life is no contrived séance room saga of reincarnation; it is a sage tale of living through historic hard times and learning lessons along the way.” —Barnes&Noble.com, editorial review
“In a radical departure from her Jackson Brodie mystery series, Atkinson delivers a wildly inventive novel…Alternately mournful and celebratory, deeply empathic and scathingly funny, Atkinson shows what it is like to face the horrors of war and yet still find the determination to go on, with her wholly British characters often reducing the Third Reich to ‘a fuss.’ From her deeply human characters to her comical dialogue to her meticulous plotting, Atkinson is working at the very top of her game. An audacious, thought-provoking novel from one of our most talented writers.” —Booklist (starred review)
“Woolgar’s narration, along with the production’s editing and direction, ensures that a potentially confusing story is remarkably easy to follow. Woolgar also flawlessly switches between British, American, French, and German accents, making Life after Life a truly rich experience that listeners will not soon forget. Winner of AudioFile Earphones Award.” —AudioFile
“Through Ursula’s many lives and the accretion of what T. S. Eliot called ‘visions and revisions,’ [Atkinson has] found an inventive way to make both the war’s toll and the pull of alternate history, of darkness avoided or diminished, fresh.” —Publishers Weekly
“Provocative, entertaining, and beautifully written.” —Kirkus Reviews 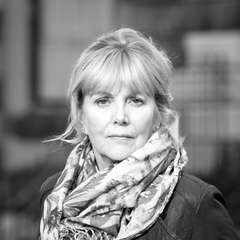 Kate Atkinson is a New York Times bestselling author. Her books featuring Jackson Brodie became the BBC television series Case Histories. Her first novel, Behind the Scenes at the Museum, was named the Whitbread Book of the Year in 1996. Her novel Life after Life was the winner of the Costa Novel Award and the South Bank Sky Arts Literature Prize. She was appointed MBE in the 2011 Queen’s Birthday Honors List and was voted Waterstones UK Author of the Year at the 2013 Specsavers National Book Awards.