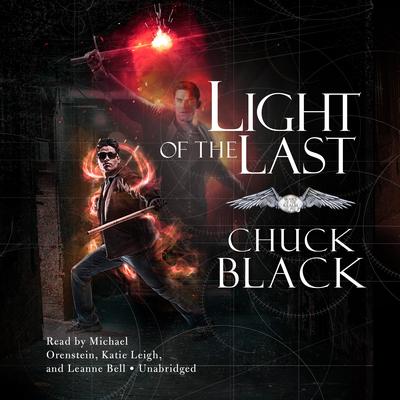 Light of the Last

The Wars of the Realm Series: Book 3

To Fight What Others Can’t You Must See What Others Don’t After an accident left him temporarily blind, Drew Carter didn’t just regain his sight. He now sees what others can’t imagine–an entire spiritual realm of mighty beings at war. Forget the gift, Drew just wants his life back. Part of that involves Sydney Carlyle, a woman he is inexplicably drawn to. When he’s offered the chance to become a CIA agent, it seems the way to redeem his past. The only problem–his visions of the supernatural realm are increasing in frequency. It’s up to the warrior angel Validus and his hand-picked team of heavenly agents to protect the unbelieving Drew. Validus now knows that the young man is at the epicenter of a global spiritual war, and the angels must use a millennia of battle experience keep Drew alive, for the Fallen want him dead. Surrounded by spiritual warriors and targeted by demons, Drew’s faced with an impossible decision that will forever alter the destiny of America...and his own soul.

Chuck Black, a former F-16 fighter pilot and tactical communications engineer, is the bestselling, award-winning author of the Kingdom series and the Knights of Arrethtrae series. He has received praise from parents across the country for his unique approach to telling biblical truths. His passion in life is to serve the Lord Jesus Christ and to love his wife, Andrea, and their six children. He lives with his family in North Dakota.

Michael Orenstein has over thirty years of experience in theater, stand-up comedy, and public speaking. His voice can be heard in dozens of video games, commercials, dramatic podcasts, and much more. His audiobook narrations include James Joyce’s A Portrait of the Artist as a Young Man and The Dead.

Katie Leigh is an American voice actress, best known for her roles as Sunni Gummi, the granddaughter of Grammi Gummi on Disney’s Adventures of the Gummi Bears and as Connie Kendall on the Focus on the Family radio program Adventures in Odyssey. She has voice-acted in television, film, and occasionally video game roles. Her audiobook narrations include The Dangerous Journey of Sherman the Sheep.