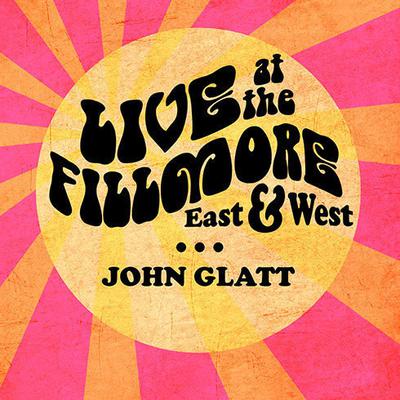 Live at the Fillmore East and West: Getting Backstage and Personal With Rock's Greatest Legends

In 1968, rock promoter Bill Graham launched the Fillmore East in New York City and the Fillmore West in San Francisco, changing music forever. For three years, every major rock band played the Fillmores, performing legendary shows: Jimi Hendrix, the Grateful Dead, Santana, Jefferson Airplane, Led Zeppelin, Cream, the Allman Brothers, and many more. John Glatt tells the story of the Fillmores through the lives of Bill Graham, Janis Joplin, Grace Slick, Carlos Santana, and an all-star supporting cast. Chronicling the East and West Coast cultures of the late 1960s and early 1970s—New York City with its speed, heroin, and the Velvet Underground versus San Francisco with the LSD-drenched Summer of Love—Glatt reveals how Graham made it all possible. But why did Graham shutter both Fillmores within weeks of each other in 1971, during the height of their popularity? Live at the Fillmore East and West reveals how Graham's claim that "the flowers wilted and the scene changed" was not quite the whole story.

Narrator Peter Berkrot delivers a knockout performance himself, capably voicing a wide variety of characters. —Library Journal Audio Review
“You had to be there, and…Glatt finds people who were behind the scenes, from secretaries and stage hands.” —New York Post
“An entertaining overview of the rock scene in the late ’60s and early ’70s…The most fascinating part of Live is the detailed explanation of how the Fillmore East came to be born.” —San Francisco Book Review
“As a reference tool, music buffs and casual fans alike will find this volume indispensable. Glatt has spent the better part of twenty years assembling a truly staggering amount of information on a period of music that is often oversimplified as a haze of drugs and sex. Influential though those elements may have been, Glatt focuses instead on a triumphantly thorough chronicle of the business decisions and industry trends that affected the music of a generation.” —Publishers Weekly

John Glatt is an English-born investigative journalist and the bestselling author of many true crime books, including Lost and Found, Playing with Fire, and Cradle of Death. He has appeared frequently on television, including on Dateline NBC, A Current Affair, Fox News, and BBC World News. John and his wife, Gail, divide their time between New York City, the Catskill Mountains, and London.