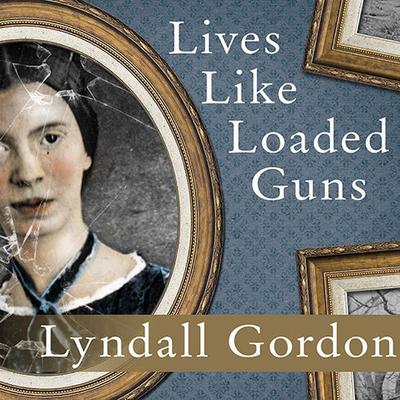 Lives Like Loaded Guns: Emily Dickinson and Her Family's Feuds

In 1882, Emily Dickinson's brother Austin began a passionate love affair with Mabel Todd, a young Amherst faculty wife, setting in motion a series of events that would forever change the lives of the Dickinson family. The feud that erupted as a result has continued for over a century. Lyndall Gordon, an award-winning biographer, tells the riveting story of the Dickinsons and reveals Emily to be a very different woman from the pale, lovelorn recluse that exists in the popular imagination. Thanks to unprecedented use of letters, diaries, and legal documents, Gordon digs deep into the life and work of Emily Dickinson to reveal the secret behind the poet's insistent seclusion and presents a woman beyond her time who found love, spiritual sustenance, and immortality all on her own terms. An enthralling story of creative genius, filled with illicit passion and betrayal, Lives Like Loaded Guns is sure to cause a stir among Dickinson's many devoted readers and scholars.

Lyndall Gordon is the author of Vindication: A Life of Mary Wollstonecraft, a New York Times Notable Book; Virginia Woolf: A Writer’s Life, winner of the James Tait Black Prize for Biography; and biographies of T. S. Eliot and Charlotte Brontë. She is a senior research fellow at St. Hilda’s College in Oxford, England.