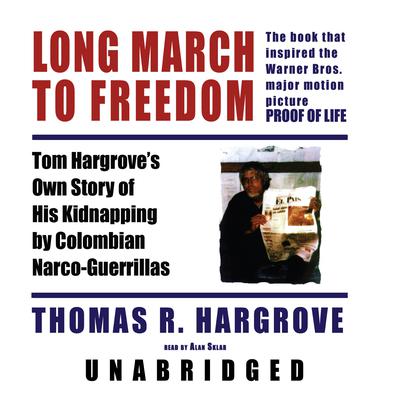 Long March to Freedom: Tom Hargrove’s Own Story of His Kidnapping by Colombian Narco-Guerrillas

Thomas Hargrove's Long March to Freedom, a record of his eleven months as a hostage of Colombian guerrillas, was the basis for the hit movie Proof of Life that starred Meg Ryan, Russell Crowe, and David Morse. While the movie invented a fictitious romantic angle, Long March to Freedom is the actual journal Hargrove kept in captivity. The listener gets a sense of the tension and intense emotions caused by bouts of monotony broken by sudden brutality, as well as the strength, wit, and personality through which Hargrove kept himself alive.

Thomas R. Hargrove was raised on a farm in Texas. He received degrees in agricultural science and journalism from Texas A&M University and a MS degree from Iowa State University. After serving in the US Army in Vietnam, he worked with agencies involved in crop improvement for third-world countries, first in Asia then in Latin America. In 1994, he was on his way to work near Palmira, Colombia, when abducted.