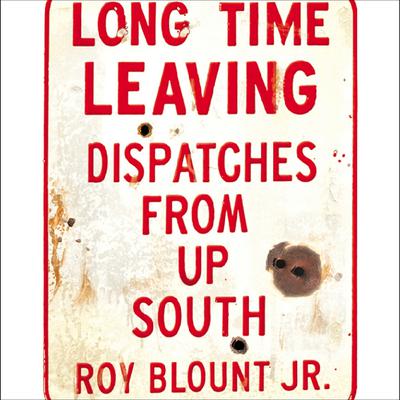 The first collection of the beloved humorist's sly, dry, hilarious essays in more than a decade focuses on a perennially popular topic: the South vs. the North.

"When [Northerners] ask me to explain grits, I look at them like an Irishman who's been asked to explain potatoes."

"When I was a boy in Georgia, college sports was Bobby Dodd versus Bear Bryant immemorial. Compared to that the Harvard-Yale game is a panel discussion."

"Anybody who claims . . . not to have 'a racist bone' in his or her body is at best preracist and has a longer way to go than the rest of us."

Hard-working humorist Roy Blount Jr. lives in the North but he's from the South, a delicious tension that has always informed and shaped his work. In this new collection, he directs his acerbic wit and finely-tuned insight toward the persistent and colorful differences between the two.

His essays treat every conceivable topic on which North and South misunderstand each other, from music to sports, eating, education, politics, child-rearing, religion, race, and language ("remember when there was lots of discussion of 'ebonics'?").

In this eminently quotable collection, Blount does justice to the charming, funny, infuriating facets of Southern tradition and their equally odd Northern counterpoints.

Roy Blount, Jr., is an American writer. Best known as a humorist, Blount is also a reporter, actor, and musician with the Rock Bottom Remainders, a rock band composed entirely of writers. He is also president of the Authors Guild.