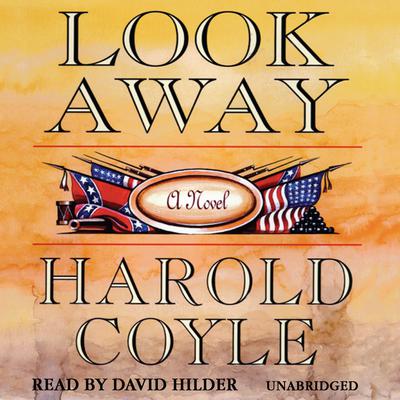 Look Away: A Novel

In this riveting Civil War adventure, Coyle’s command of the battlefield brings home the grim reality of that wrenching conflict. At the heart of the story are two brothers, sons of a prosperous New Jersey businessman whose growing wealth and power are dependent on his ability to avoid choosing sides as the abolitionist movement takes hold. James and Kevin Bannon, who have always shielded each other from their father’s tyrannical outbursts, see their fierce loyalty abruptly shattered by their rivalry over a woman—and her shocking, violent death. When James is sent off to Virginia Military Institute and Kevin attends college in the North, they soon find themselves on opposite sides of the war.

In the grand tradition of The Killer Angels, this powerful, richly detailed work is full of the drama and anguish of America’s cruelest war.

“[Coyle] writes convincingly of combat and of conditions within the two armies…his prose truly comes alive when he is describing the lives of women caught up in a war in which they were not allowed to participate. This surely will be popular in most libraries.” —Library Journal
“Coyle brings the ferocious and bloody battles, as well as various real-life characters and events, to vivid life.” —Publishers Weekly
“An intriguing work of historical fiction.” —Booklist

Harold Coyle graduated from the Virginia Military Institute and spent fourteen years on active duty with the US Army. He is a New York Times bestselling author and lives in Leavenworth, Kansas.