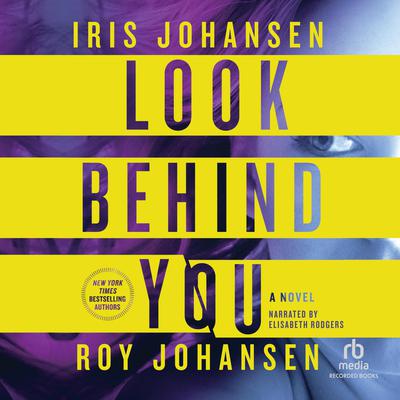 Look Behind You: A Novel

By Iris Johansen  and Roy Johansen
Read by Elisabeth Rodgers

A serial killer is on the loose in San Diego, and he has a most unusual M.O.: With each kill, he leaves behind objects with unclear meanings. Most of the recent killings are centered near Kendra Michaels' home and office, so it comes as no great surprise when the FBI shows up at her door. The investigators soon make a startling discovery: the left-behind objects are actually souvenirs of other unsolved serial murder cases in various U.S. cities. And the new cases feature "holdback" characteristics of the other murders unknown to the general public. Kendra realizes that the killer has come to challenge and taunt her. The investigators become his newest targets, even as Kendra slowly begins to suspect that one of them may be the killer himself. She must find the killer as the body count rises, and to do so she relies on her own "dream team" of agent-for-hire Adam Lynch and private investigator Jessie Mercado. They must risk everything to defeat a psychopath whose terrifying plan is years in the making.

Roy Johansen began his professional writing career with his original screenplay for “Murder 101,”written in college and for which he won the national FOCUS (Films of College and University Students) award, a competition sponsored by Steven Spielberg, George Lucas, and Martin Scorsese. The screenplay was later produced for cable television and starred Pierce Brosnan, and the script was awarded the Edgar Allen Poe award in the Best Television Miniseries or Movie category. Johansen has since written screenplays for Warner Bros., Universal Pictures, Disney, and MGM, and, more recently, has written several New York Times bestselling mystery novels, including The Answer Man, Beyond Belief, Deadly Visions, Silent Thunder, Storm Cycle, Shadow Zone, and Close Your Eyes.