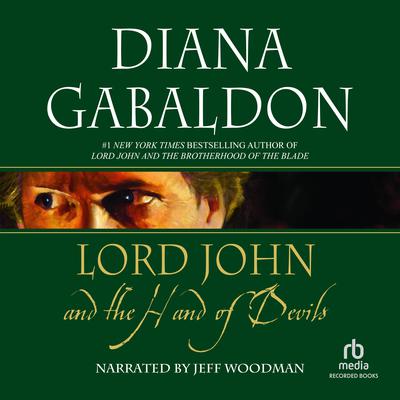 Lord John and the Hand of Devils

Diana Gabaldon, #1 New York Times bestselling author of the celebrated Outlander series, delivers three mesmerizing tales of war, intrigue, and espionage that feature one of her most popular characters: Lord John Grey. In Lord John and the Hellfire Club, Lord John glimpses a stranger in the doorway of a gentleman's club-and is stirred by a desperate entreaty to meet with him in private. It is an impulse that will lead Lord John into a maze of political treachery and a dangerous, debauched underground society. In Lord John and the Succubus, English soldiers fighting in Prussia are rattled by a lethal creature that appears at night. Called to investigate, Lord John soon realizes that among the spirits that haunt men, none frighten more than the specters conjured by the heart. In Lord John and the Haunted Soldier, Lord John is thrust into the baffling case of an exploding battlefield cannon that ultimately forces him to confront his own ghosts-and the shattering prospect that a traitor is among the ranks of His Majesty's armed forces.

“It takes a talented and clever writer to move a secondary character (one some might consider unlikable) into the limelight and leave readers eager for more. That’s what Gabaldon has done with Lord John, a complex character torn between good and evil, loyalty and desire, country and family. Through him, Gabaldon takes us into the eighteenth century and fires our imagination.” —RT Book Reviews (4½ stars, Top Pick!)
Gabaldon brings an effusive joy to her fiction …”—Publishers Weekly —