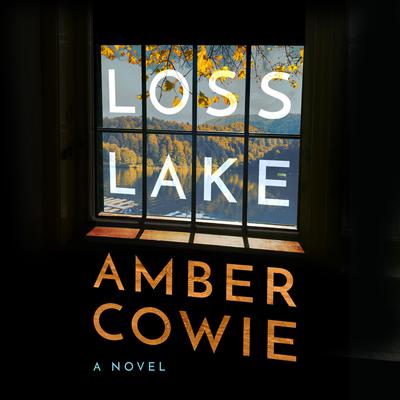 A new town, a new life, and a new home—with an absolutely chilling lakefront view.

Two months a widow, Mallory Dent has made the impulsive decision to pack up and move on. In remote McNamara, nestled in the northern mountains, she can escape her grief, guilt, and pain. But the day Mallory arrives, death follows her, lapping just outside her door. A woman’s body is found floating in Loss Lake—and it’s not the first death on these shores. Locals talk about a monster in the depths with an almost disturbing reverence.

Sergeant Joel Benson understands Mallory’s unease. Years ago, his own brother was killed in the home Mallory now owns. But that was just a tragic accident. Wasn’t it? The more Mallory investigates, the more fearful she becomes. Maybe there are monsters in McNamara. Maybe some have followed her there.

As a winter storm bears down, the refuge Mallory sought has become a trap. It’s time to face her past, the secrets behind the town’s friendly faces, and a reckoning that will shatter the eerie, icy calm of Loss Lake.

Amber Cowie is a novelist and freelance writer living in a small town on the west coast of British Columbia. Her work has appeared on CrimeReads and in the New York Times and Salon, among other publications. She is the author of Raven Lane and the number one Kindle bestseller Rapid Falls, which was also a runner-up in the Whistler Independent Book Awards. She serves as a board member of her local chapter of Sisters in Crime, and she holds an undergraduate degree from the University of Victoria.