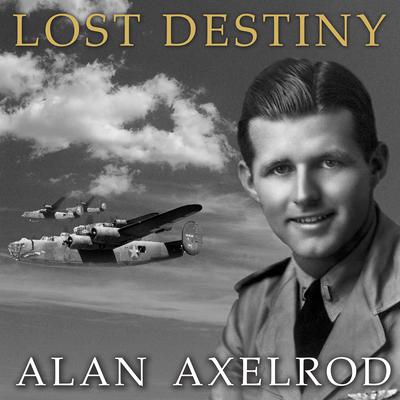 Lost Destiny: Joe Kennedy Jr. and the Doomed WWII Mission to Save London

On August 12, 1944, Lieutenant Joseph P. Kennedy, Jr., heir to one of America's most glamorous fortunes, son of the disgraced former ambassador to Great Britain, and big brother to freshly minted PT-109 hero JFK, hoisted himself up into a highly modified B-24 Liberator bomber. The munitions he was carrying that day were fifty percent more powerful than TNT. Kennedy's mission was part of Operation Aphrodite/Project Anvil, a desperate American effort to rescue London from a rain of German V-1 and V-2 missiles. The decision to use these bold but crude precursors to modern-day drones against German V-weapon launch sites came from Air Corps high command. Lieutenant General Jimmy Doolittle, daring leader of the spectacular 1942 Tokyo Raid, and others concocted a plan to install radio control equipment in "war-weary" bombers, pack them with a dozen tons of high explosives, and fly them by remote control directly into the concrete German launch sites—targets too hard to be destroyed by conventional bombs. The catch was that live pilots were needed to get these flying bombs off the ground and headed toward their targets. Joe Jr. was the first naval aviator to fly such a mission. And—in the biggest man-made explosion before Hiroshima—it killed him. Alan Axelrod's Lost Destiny is a rare exploration of the origin of today's controversial military drones as well as a searing and unforgettable story of heroism, WWII, and the Kennedy dynasty that might have been.