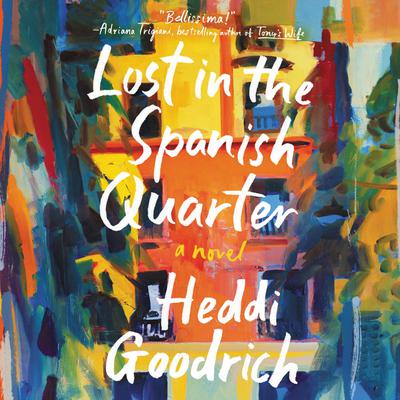 Lost in the Spanish Quarter: A Novel

Told with the intimacy and ferocity of Elena Ferrante’s Neapolitan Novels and set in the passionate, intense, and crumbling neighborhood known as the Spanish Quarter of Naples, comes a tale of two students searching for love and belonging in the city they so desperately want to call home.

Several years after leaving Naples, Heddi receives an email from Pietro, her first love, admitting that he was wrong. Immediately Heddi is transported back to her college days in that heartbreakingly beautiful city built on the ruins of a legendary empire set against the backdrop of a sleeping volcano. The narrow, winding streets of Naples’s Spanish Quarter still sparks the pain of longing and a desire to belong. It is the place she so wanted to call home despite being l’americano. But for Heddi’s tribe of university friends, Naples was the first taste of freedom and an escape from their familial obligations. For all of them Naples is a place that they’ll never forget: the setting of their unrestrained youth.

When Heddi unexpectedly meets Pietro, a fellow student they are immediately drawn to one another and fall into a whirlwind romance. She is searching for the roots she never had, while he is trying to escape his. Naples, alive and fierce, and ultimately elusive, becomes a real university of life.

In this poignant, atmosphericcoming of age tale of first love—of a place, of a person—languages and cultures collide while dreams soar and crash in spectacular ways.

“A declaration of love for Naples…Powerful and authentic precisely because it is a foreigner’s point of view, one that is not afraid of this vast city that is often difficult to comprehend.” —La Repubblica (Naples)