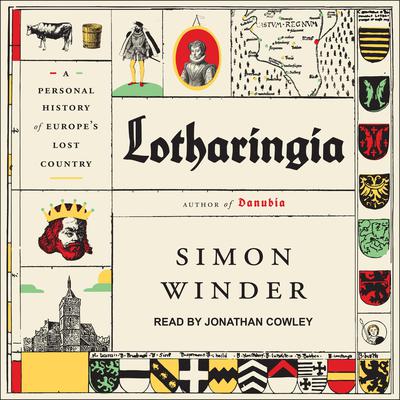 In 843 AD, the three surviving grandsons of the great emperor Charlemagne met at Verdun. After years of bitter squabbles over who would inherit the family land, they finally decided to divide the territory and go their separate ways. In a moment of staggering significance, one grandson inherited the area we now know as France, another Germany and the third received the piece in between: Lotharingia.

Lotharingia is a history of in-between Europe. It is the story of a place between places. In this beguiling, hilarious and compelling book, Simon Winder retraces the various powers that have tried to overtake the land that stretches from the mouth of the Rhine to the Alps and the might of the peoples who have lived there for centuries.

Simon Winder is the author of three books: the Sunday Times (London) Top Ten Bestseller Germania, the highly praised The Man Who Saved Britain, and Danubia, which was longlisted for the Samuel Johnson Prize.