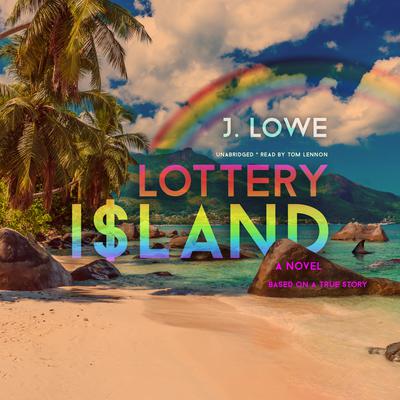 Lottery Island: A Novel; Based on a True Story

Jude Johnstone and his photographer buddy Grover once traveled together for magazine articles. Times have changed. Jude is now a tabloid reporter in Miami, and Grover runs a dying camera store. Then Jude gets a tip leading to the location of a disappeared Powerball winner of $900M, and finds him in hiding in a South Beach penthouse. Howard Rosen was a bowling alley accountant who has erased his identity with the plan to reemerge a hero after financing a coup against a corrupt Caribbean island dictator. He hires Jude to find his possible son … or is it just a young man claiming to be his son on Union? He instructs Jude to find out, and help islanders resist the governor, with an unlimited budget and the lure of a fake reality show to infiltrate. What happens next is anything but predictable, though, as a storm approaches. And if he and Grover fail to beat the opposing tribe? They’re shark food!

Jonathan Lowe has been published widely in magazines and has won awards for fiction and drama. His first novel, Postmarked for Death, was endorsed by Clive Cussler, who called it “a class performance, powerful and accomplished…mystery at its best.”