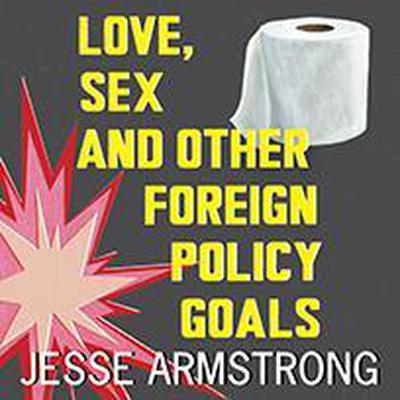 It's 1994 and the former Yugoslavia is being torn apart. In England, a gang of good-hearted young people are about to set off in a Ford Transit van armed with several sacks of rice and a half-written play. A play which will light a beacon of peace across the Balkans and, very probably, stop the war.

Andrew would love to stop the war. He has one of the most comprehensively developed personal foreign policies of anyone working on a building site in the Greater Manchester area. He feels everyone should have a foreign policy, really. What sort of person doesn't have a foreign policy? But what he'd like to do—maybe even more than stopping the war—is sleep with Penny. But does Penny like him? Or does she love Simon, his rival, an irritatingly authentic Geordie poet? Or Shannon, the fierce, inspiring American leader of the troupe? Who exactly loves who? And what's the safest way to make it out of a minefield should you accidentally wander into one? And what do you talk to a mercenary about? And is a bad thing really a bad thing if it maybe leads to a good thing? It could all take a while to work out, as the gang cross Europe and head into the war zone.

Jesse Armstrong is the cocreator and writer of the BAFTA Award–winning Peep Show, as well as Fresh Meat, Bad Sugar, Babylon and, with Chris Morris, Four Lions. He was also cowriter of The Thick of It and the Oscar-nominated In the Loop, writes for the HBO comedy series Veep, and wrote the “Entire History of You” episode for Charlie Brooker’s Black Mirror television series.

Love, Sex and Other Foreign Policy Goals in his first novel.