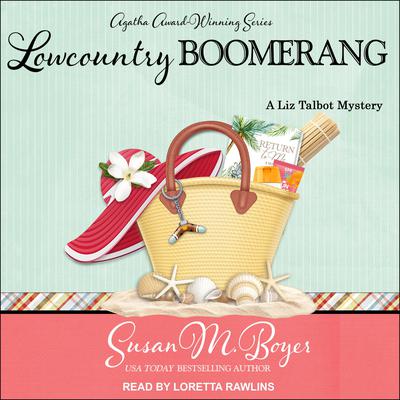 Private investigators Liz Talbot and Nate Andrews are all set to enjoy some quality time on the beach. That's until they get the news about Darius. Darius DeAndre Baker, star of the hit TV show, Main Street USA, has had enough of the Hollywood highlife. After ten years of visiting everyone else's hometown, he returns to his own—Stella Maris, South Carolina.

But the moving trucks have barely unloaded when Trina Lynn Causby, Darius's high school girlfriend, turns up dead, and the entire town reels as Darius is arrested.

Despite the mounting evidence against him, Liz and Nate believe Darius is innocent. They dig through a scandalously long list of suspects, including Darius's three ex-wives—who have all arrived in Stella Maris—and his love child with Trina Lynn.

But Trina Lynn led a complicated life. She had at least one stalker and two suitors—one with a jealous wife who recently made a deliciously outrageous scene when Trina Lynn turned up at a charity ball.

As the danger mounts, Liz and Nate race to find a killer and clear Darius's name—and keep him alive.

Loretta Rawlins gave the characters a voice that became recognizable as the story went on. Her southern drawl was prefect and her expression and intonation was spot on. —Carla Loves to Read

Susan M. Boyer is the author of the USA Today bestselling Liz Talbot mystery series. Her debut novel, Lowcountry Boil, won the Agatha Award for Best First Novel and the Daphne du Maurier Award for Excellence in Mystery/Suspense. She lives in Greenville, South Carolina, with her husband.