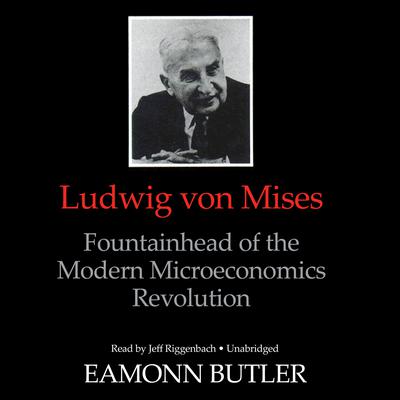 The Austrian economist Ludwig von Mises is increasingly recognized as one of the most important originators of modern economic thought. This book studies his ideas in a clear and systematic way and pulls out from Mises’ own writings the main themes of his work. With an emphasis on microeconomics, Mises argues that all real economic decisions are made by particular people at particular times and places; the motivating forces, therefore, are personal and psychological. In this view, economics is not a science at all but a discipline more like mathematics or geometry. Its principles are deduced not by observation and experiment but from certain axiomatic facts about the nature of human choice. This basic insight allows Mises to study important topics such as entrepreneurship and competition in new and fruitful ways.

Dr. Eamonn Butler is the director of the influential UK think tank, the Adam Smith Institute, where he has spent three decades privatizing state industries, reforming public administrations and instructing government leaders around the world on market economics. With degrees in Economics, Psychology and Philosophy from St. Andrews University, Dr. Butler is superbly qualified on the mechanics, mentality and morals of markets. His highly readable introductions to free-market thinkers including Adam Smith, Ludwig von Mises, and Nobel economists F. A. Hayek and Milton Friedman have won wide acclaim and been translated into many languages.