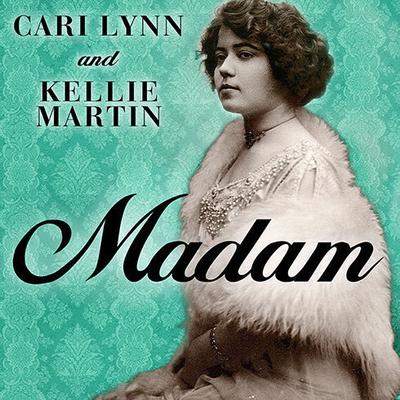 Madam: A Novel of New Orleans

By Cari Lynn and Kellie Martin
Read by Hillary Huber

New Orleans, 1900. Mary Deubler makes a meager living as an "alley whore." That all changes when bible-thumping Alderman Sidney Story forces the creation of a red-light district that's mockingly dubbed "Storyville." Mary believes there's no place for a lowly girl like her in the high-class bordellos of Storyville's Basin Street, where champagne flows and beautiful girls turn tricks in luxurious bedrooms. But with gumption, twists of fate, even a touch of voodoo, Mary rises above her hopeless lot to become the notorious Madame Josie Arlington. Filled with fascinating historical details and cameos by Jelly Roll Morton, Louis Armstrong, and E. J. Bellocq, Madam is a fantastic romp through The Big Easy and the irresistible story of a woman who rose to power long before the era of equal rights.

If you are enthralled with New Orleans and the history of its fabled red light district, this is the book for you. —Patti LuPone, actress, singer, author

Cari Lynn is a journalist and the author or coauthor of four nonfiction books, including Leg the Spread: A Woman’s Adventures inside the Trillion-Dollar Boy’s Club of Commodities Trading and The Whistleblower: Sex Trafficking, Military Contractors, and One Woman’s Fight for Justice, with Kathryn Bolkovac. Cari has written for numerous publications, including O, The Oprah Magazine; Health; the Chicago Tribune, and Deadline Hollywood. She has taught at Loyola University and received an MA in writing from Johns Hopkins University. She lives in Los Angeles.

Kellie Martin is best known for her role as Becca Thatcher on the ABC series Life Goes On, for which she received an Emmy nomination for Best Supporting Actress. She has since appeared on Christy, ER, Grey’s Anatomy, Private Practice, Drop Dead Diva, and Ghost Whisperer, as well as numerous television movies and feature films. She is the owner of the online children’s boutique ROMPstore.com and a graduate of Yale University. Kellie lives in Los Angeles with her husband and daughter.