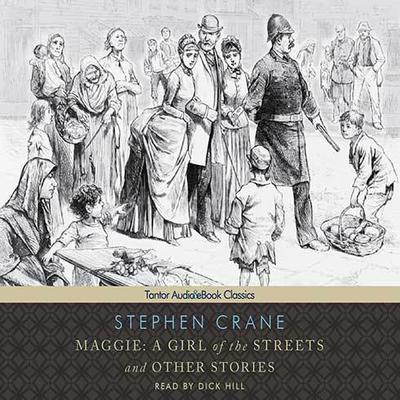 Maggie: A Girl of the Streets and other Stories

First published in 1893, Maggie: A Girl of the Streets is the first published fiction work of American author Stephen Crane. A harrowing depiction of a pretty young girl's life in the slums of turn-of-the-century New York City and her eventual decline into prostitution, Crane's novel is a starkly realistic examination of poverty and the challenges brought about by the rapid industrialization the United States underwent in the late 1800s. An enduring classic, Maggie is often regarded as the first example of naturalism in American fiction, a literary movement that included such authors as Theodore Dreiser and Upton Sinclair. This edition also includes three of Crane's short stories: "The Monster," "The Blue Hotel," and "His New Mittens."

Stephen Crane (1871–1900) was an American novelist, poet, and journalist. He worked as a reporter of slum life in New York and a highly paid war correspondent for newspaper tycoons William Randolph Hearst and Joseph Pulitzer. He wrote many works of fiction, poems, and accounts of war, all well received but none as acclaimed as his 1895 Civil War novel, The Red Badge of Courage. Today he is considered one of the most innovative American writers of the 1890s and one of the founders of literary realism.