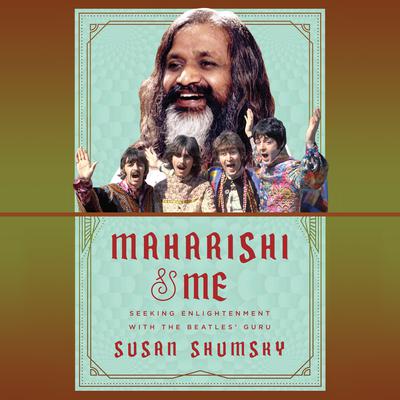 Maharishi & Me: Seeking Enlightenment with the Beatles' Guru

Susan Shumsky is a successful author in the New Age/Spirituality field, writing books on meditation, intuition, prayer, auras, chakras, and the like. But in the 1970s, she was one of only a handful of Maharishi Mahesh Yogi’s personal attendants and administrators, in India, Switzerland, and elsewhere. Following the teachings of Maharishi displaced Susan’s devotion to the hippie lifestyle, as she learned about meditation and grew spiritually self aware.

Maharishi died in 2008 at the age of 90, but his influence continues throughout the Western World as a result of the spiritual movement he founded: TM (Transcendental Meditation). Other books have been written about the guru, but this is the only one to offer an insider’s view of life and learning in Rishikesh—including the time when the Beatles came to learn at the feet of the Maharishi—as well as behind-the-scene stories of other celebrity disciples. The author lived in the spiritual leader’s ashrams for 22 years, and served on his personal staff for seven of those years.

Susan shares: “Merely by being in his presence, we disciples entered an utterly timeless place and rapturous feeling, and, at the same time, realized the utter futility and insanity of the mundane world.”

Susan grew from a painfully shy teenage seeker into a spiritually aware teacher and author in her own right. Maharishi & Me is an honest and dynamic exposé about an imperfect person and his dysfunctional organization.

Susan Shumsky is a spiritual self-help author with more than a dozen books in print, including Divine Revelation, Exploring Meditation, and Color Your Chakras. For twenty-two years, she was in the tutelage of the Maharishi Mahesh Yogi, in India and elsewhere. She lives in Portland, Oregon.