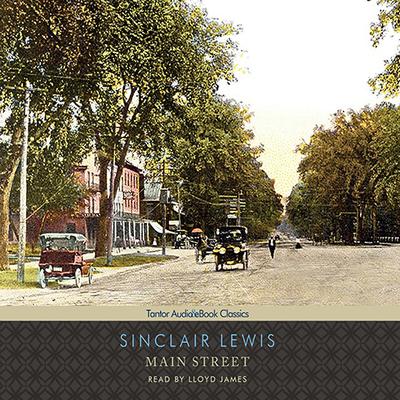 This classic by Sinclair Lewis shattered the sentimental American myth of happy small-town life with its satire. Main Street attacks the conformity and dullness of early-twentieth-century midwestern village life in the story of Carol Milford, the city girl who marries the town doctor. Her efforts to bring culture to the prairie village are met by a wall of gossip, greed, and petty, small-minded bigotry. The first popular bestseller to attack conventional ideas about marriage, gender roles, and small town life, Main Street established Lewis as a major American novelist.

Harry Sinclair Lewis (1885–1951), the son of a country doctor, was born in Sauk Centre, Minnesota. He attended Yale University, where he was editor of the literary magazine, and graduated in 1907. After a few of his stories had appeared in magazines and his first novel, Our Mr. Wrenn (1914), had been published, he was able to write full time. He was awarded the 1926 Pulitzer Prize for Arrowsmith (1925) but refused to accept the honor. However, he accepted the Nobel Prize awarded him in 1930. He was the first American to win the Nobel Prize for Literature.