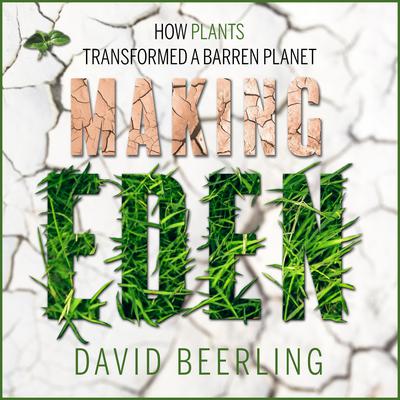 Over 7 billion people depend on plants for healthy, productive, secure lives, but few of us stop to consider the origin of the plant kingdom that turned the world green and made our lives possible. And as the human population continues to escalate, our survival depends on how we treat the plant kingdom and the soils that sustain it. Understanding the evolutionary history of our land floras, the story of how plant life emerged from water and conquered the continents to dominate the planet, is fundamental to our own existence.

In Making Eden David Beerling reveals the hidden history of Earth's sun-shot greenery, and considers its future prospects as we farm the planet to feed the world. Describing the early plant pioneers and their close, symbiotic relationship with fungi, he examines the central role plants play in both ecosystems and the regulation of climate. As threats to plant biodiversity mount today, Beerling discusses the resultant implications for food security and climate change, and how these can be avoided. Drawing on the latest exciting scientific findings, including Beerling's own field work in the U.K., North America, and New Zealand, and his experimental research programs over the past decade, this is an exciting new take on how plants greened the continents.

David Beerling is Sorby Professor of Natural Sciences and Director of the Leverhulme Centre for Climate Change Mitigation at the University of Sheffield. Before this he held a Royal Society University Research Fellowship, where his work on the evolution of life and the physical environment was recognised by the award of the prestigious Philip Leverhulme Prize in earth sciences in 2001. He has published numerous articles in academic journals and is the author of two books: Vegetation and the Terrestrial Carbon Cycle (with Ian Woodward) and The Emerald Planet. The latter formed the basis of a major three-part BBC Two television series, How to Grow a Planet. He was elected to the Fellowship of the Royal Society, London, in 2014.