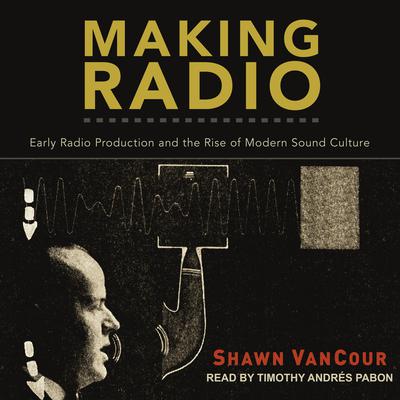 The opening decades of the twentieth century witnessed a profound transformation in the history of modern sound media, with workers in U.S. film, radio, and record industries developing pioneering production methods and performance styles tailored to emerging technologies of electric sound reproduction that would redefine dominant forms and experiences of popular audio entertainment. Focusing on broadcasting's initial expansion during the 1920s, Making Radio explores the forms of creative labor pursued for the medium in the period prior to the better-known network era, assessing their role in shaping radio's identity and identifying affinities with parallel practices pursued for conversion-era film and phonography. Tracing programming forms adopted by early radio writers and programmers, production techniques developed by studio engineers, and performance styles cultivated by on-air talent, it shows how radio workers negotiated a series of broader industrial and cultural pressures to establish best practices for their medium that reshaped popular forms of music, drama, and public oratory and laid the foundation for a new era of electric sound entertainment.