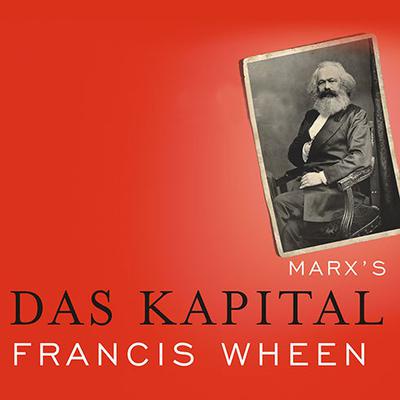 The Books that Changed the World Series: Book 8

In this brilliant book, Francis Wheen, the author of the most successful biography of Karl Marx, tells the story of Das Kapital and Marx's twenty-year struggle to complete his unfinished masterpiece. Born in a two-room flat in London's Soho amid political squabbles and personal tragedy, the first volume of Das Kapital was published in 1867 to muted praise. But after Marx's death, the book went on to influence thinkers, writers, and revolutionaries, from George Bernard Shaw to V. I. Lenin, changing the direction of twentieth-century history. Wheen shows that, far from being a dry economic treatise, Das Kapital is like a vast Gothic novel whose heroes are enslaved by the monster they created: capitalism. Furthermore, Wheen argues, as long as capitalism endures, Das Kapital demands to be read and understood.

Francis Wheen, an author and journalist, was named Columnist of the Year for his contributions to the Guardian. He is the author of several books, including How Mumbo-Jumbo Conquered the World and a highly acclaimed biography of Karl Marx that has been translated into twenty languages. His collected journalism, Hoo-Hahs and Passing Frenzies, won the George Orwell Prize in 2003.