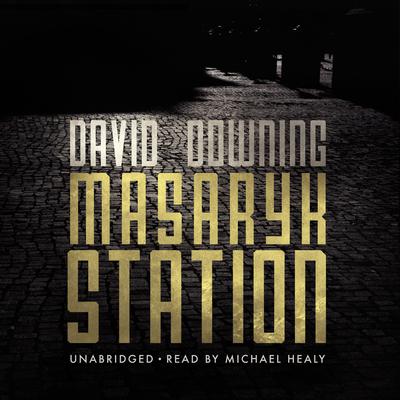 Berlin, early 1948. The city, still occupied by the four Allied powers, still largely in ruins, has become the cockpit of a new Cold War, and as spring unfolds its German inhabitants live in fear of the Soviets enforcing a Western withdrawal. Here, as elsewhere in Europe, the legacies of the War have become entangled in the new Soviet-American conflict, creating a world of bizarre and fleeting loyalties, a paradise for spies. John Russell works for both Stalin's NKVD and the newly created CIA. He does as little for either as he can safely get away with, and between the tawdry tasks they set him—assessing dubious defectors in Trieste, running a spy ring in a Berlin VD clinic, rescuing ex-Nazis who might prove useful from Czechoslovakia—he seeks a way to cut himself loose. His partner Effi Koenen has an easier time, starring in a popular radio series and looking after their adopted daughter Rosa, until a woman she helped save in the War turns up on her doorstep, and admits to a child she left behind all those years before, a child now trapped behind the new Iron Curtain.

“Downing adroitly elucidates the morass that was post–World War II geopolitics without dumbing down…One can only marvel at his talent for infusing such a rangy cast of characters with nuance and soul.”     —New York Times Book Review
“Downing’s outstanding evocation of the times (as masterly as that found in Alan Furst’s novels or Philip Kerr’s Bernie Gunther series), thematic complexity (as rich as that of John le Carré), and the wide assortment of fully rendered characters provide as much or more pleasure than the plot, where disparate threads are tied together in satisfying and unexpected ways.” —Library Journal (starred review)
“Powerful historical novels.” —New York Times Book Review, praise for the series