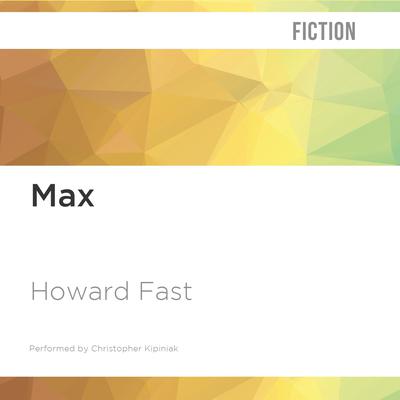 The inspiring story of Max Britsky, who grew up in the slums of New York and became one of the most powerful men in the American movie industry.

Max tells the story of the rise of Max Britsky, entwined with the film industry's beginnings near the turn of the twentieth century. When he was twelve, Max's father died, leaving him to scrape out a living in Manhattan's Lower East Side slums to provide for his mother and siblings. But Max was a natural entrepreneur, and he followed his business instincts and love of the theater to become one of the first film moguls in the history of American moviemaking.

Britsky's life story is tragic and triumphant, and yet another example of the unmatched storytelling prowess of Howard Fast, one of the most prolific and widely listened to authors of the twentieth century.