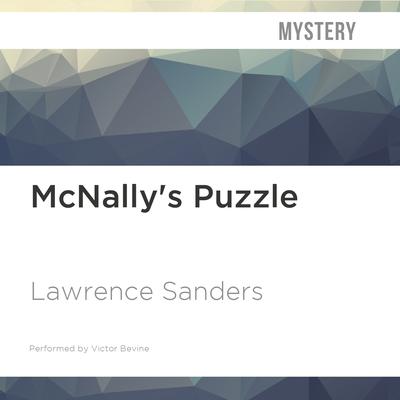 In the sixth book in Lawrence Sanders's bestselling Archy McNally series, a twisting tale of sizzling family secrets proves that murder isn't just for the birds

Hiram Gottschalk, owner of the Palm Beach shop Parrots Unlimited, fears for his life. First, he finds a photo of himself and his deceased wife slashed to ribbons; then, a Mass card with his name on it is taped inside of his closet door; now, someone has wrung the neck of his beloved pet bird. In desperation, he turns to McNally &amp; Son for a private investigation. McNally meets with Gottschalk, along with his client's cursing parrot. McNally wisely ignores the bird's command to go to hell, but he can't ignore the fallout when his client is stabbed in his sleep and Gottschalk's unstable son, Peter, becomes the prime suspect. When more victims turn up, McNally has to puzzle out the motives of a murderer who has just killed two more birds with one stone...and is now targeting the dapper detective.

Lawrence Sanders (1920–1998) was an American novelist and short story writer, author of the Edward X Delany series, the Archy McNally series, and the Commandment series, and a number of other standalone novels. More than a dozen of his novels made the New York Times bestsellers list. He received an Edgar Award for Best First Novel in 1971. Born in Brooklyn, New York, he worked as a magazine writer before becoming a full-time fiction writer.