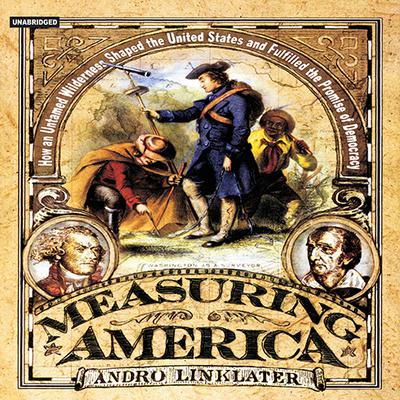 Measuring America: How the United States Was Shaped by the Greatest Land Sale in History

"This expertly written and eminently enjoyable chronicle is highly recommended for history and history of science collections." —Library Journal "Make room on the library shelf for the never-before-told saga of the survey that converted the vast wilderness west of the Ohio River into a commodity marked out for government sale." —Booklist, Starred Review How we ultimately gained the American Customary System-the last traditional system in the world-and how Gunter's chain indelibly imprinted its dimensions on the land, on cities, and on our culture from coast to coast is both an exciting human and intellectual drama and one of the great untold stories in American history. Sagely argued and beautifully written, Measuring America offers readers nothing less than the opportunity to see America's history-and our democracy-in a brilliant new light.

Andro Linklater was born in Scotland and educated at Oxford University where he studied history. For several years he lived in the United States, working variously in politics and the arts, but returned to Britain to teach in Scotland and London. For the past twenty years he has been a full-time writer and journalist. Assignments have taken him to many parts of the world including Patagonia, the South Pacific, and the Arctic Circle. He has written frequently on science and technology, notably a major report on Chernobyl for Telegraph Magazine and an early investigation of genetic engineering for Reader’s Digest.