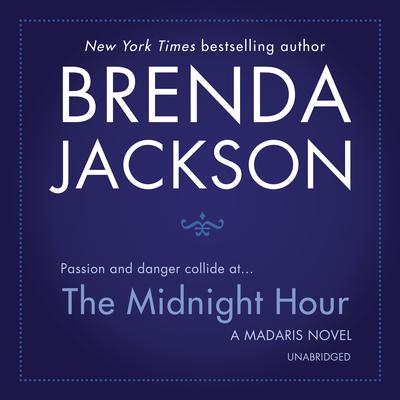 One, CIA agent Sir Drake Warren gave his heart to a woman---a fellow Marine whose death in an explosion left him aching for justice. Drake vowed he would never love again. But his devotion to his former lover is tested when he meets his mysterious new partner, Agent Victoria Green. With golden-brown eyes and skin like melted chocolate, Victoria leaves Drake yearning for the love he lost---and flirting closely with the white-hot passion he once knew, he's sure he'll get burned. . .

Few people know that Victoria was once a Marine named Sandy Carroll. . .and that she was embroiled in a fervent love affair with Drake until an explosion nearly killed her. Her life-saving surgery gave her a new face and identity---that of CIA operative Victoria Green. Now, Victoria is bound by duty to keep her true identity a secret, especially from Drake.

Paired on a deadly mission, Victoria's senses are awakened by Drake's every move. But just as the passion she's denied for so long threatens to boil over, Drake begins to put together the pieces of the puzzle. And when he does, will Victoria lose him forever?

“Action, mystery, and sensuality…Victoria and Drake are memorable characters who will provide hours of enjoyment for even the most cynical of readers.” —RT Book Reviews (4 stars)
“A super-hot hero, a kick-butt heroine and non-stop action! Brenda Jackson writes romance that sizzles and characters you fall in love with.” —Lori Foster, New York Times bestselling author
“The Midnight Hour is a roller coaster read of passion, intrigue and deceit with the perfect happy-ever-after ending.” —Sharon Sala, New York Times bestselling author
“The Madaris family is one that fans will never tire of!” —RT Book Reviews, praise for the series