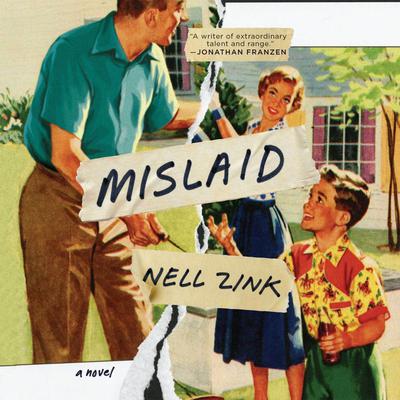 A BuzzFeed Books Pick for Best Fiction of 2015

A sharply observed, mordantly funny, and startlingly original debut from an exciting, unconventional new voice, about the making and unmaking of the American family that lays bare all of our assumptions about race and racism, sexuality and desire.

Stillwater College in Virginia, 1966. Freshman Peggy, an ingénue with literary pretensions, falls under the spell of Lee, a blue-blooded poet and professor, and they begin an ill-advised affair that results in an unplanned pregnancy and marriage. The couple are mismatched from the start--she's a lesbian, he's gay--but it takes a decade of emotional erosion before Peggy runs off with their three-year-old daughter, leaving their nine-year-old son behind.

Worried that Lee will never have her committed for her erratic behavior, Peggy goes underground, adopting an African American persona for her and her daughter. They squat in a house in an African American settlement, eventually moving into a housing project where no one questions their true racial identities. As Peggy and Lee's children grow up, they must contend with diverse emotional issues: Byrdie must deal with his father's compulsive honesty; while Karen struggles with her mother's lies--she know nether her real age, nor that she is “white,” nor that she has any other family.

Years later, a minority scholarship lands Karen at the University of Virginia, where Byrdie is in his senior year. Eventually the long lost siblings will meet, setting off a series of misunderstanding and culminating in a comedic finale worthy of Shakespeare.

“In Zink’s zany farce, the comedy of errors cunningly exposes our deep-seated prejudices about race and desire.” —O, The Oprah Magazine
“Zink has a genius for making the bizarre seem natural…makes for one of the most satisfying happy endings in recent fiction.” —Wall Street Journal
“Mislaid is a sprawling multigenerational saga of a Southern family that is as absurd and hilarious as it is tragic and seeing.” —Vanity Fair
“A high comedy of racial identity…Zink is a comic writer par excellence.” —New Yorker
“Ms. Zink is a wonderfully talented writer…The thrilling early sections of Mislaid find Ms. Zink writing on a higher plane. Her prose is richer, earthier, more emotionally complex.” —New York Times
“The title of Nell Zink’s new novel is just the first wry, indecorous joke in this zany-brainy story…Zink writes with such faux innocence that her cracks about sexuality and race detonate only after she has riffed off to the next unlikely incident.” —Washington Post
“[An] unconventional but ultimately brilliant novel that takes family, race, and the how decisions you make could resonate for years to come.” —Men’s Journal
“The incomparable Cassandra Campbell shines again with an excellent audiobook performance…Campbell, as always, creates a believable cast of characters with her acrobatic voice and accents. She captures the wry humor that is a staple of the novel’s tone, as well as the omnipresent irony of trying to be oneself in an environment that values only conformity….The listener will be glad to go along for the ride. Winner of AudioFIle Earphones Award.” —AudioFile
“Zink’s insight is beautifully braided into understated prose that never lets the tension subside…it all points to Zink’s masterly subtlety and depth.” —Publishers Weekly (starred review)
“Crafting a zany story with outlandish characters doing the unexpected, Zink successfully creates a comedy of errors offering a happy ending for an impossible situation.” —Library Journal

Nell Zink grew up in rural Virginia. She has worked in a variety of trades, including masonry and technical writing. In the early 1990s she edited an indie rock fanzine. Her writing has also appeared in n+1. Her debut novel, The Wallcreeper, was published in 2014. She lives near Berlin.