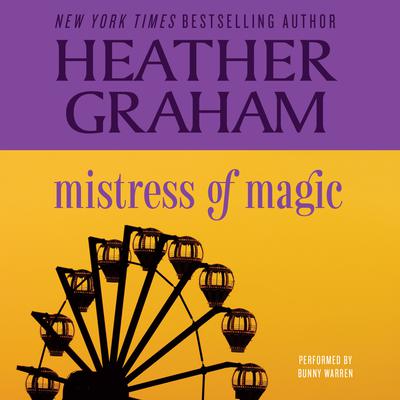 Magic and love intertwine in this tale of romantic suspense by bestselling author Heather Graham.

Reggie is determined to uncover the truth and clear her brother’s name. So is Wesley Blake. The ex-military intelligence officer believes in his best friend’s innocence—which means someone has set Max up. Gathering intelligence is the easy part. Resisting Max’s gorgeous sister is something else. But soon Wes has a more critical mission: stopping a diabolical plot and protecting Reggie from someone who has marked her for extinction.

Heather Graham, New York Times and USA Today bestselling author, has written over two hundred novels and novellas in numerous genres and has been published in approximately twenty-five languages. She has been honored with awards from booksellers and writers’ organizations for excellence in her work, is a proud recipient of the Silver Bullet from Thriller Writers, and was awarded the prestigious Thriller Master in 2016. She is also a recipient of the Lifetime Achievement Award from the Romance Writers of America. Heather’s books have been featured in such publications as The Nation, Redbook, Mystery Book Club, People, and USA Today and appeared on many newscasts including Today, Entertainment Tonight, and local television. Married since high school graduation and the mother of five, her greatest love in life remains her family, but she is grateful every day to be doing something that she loves so very much for a living.