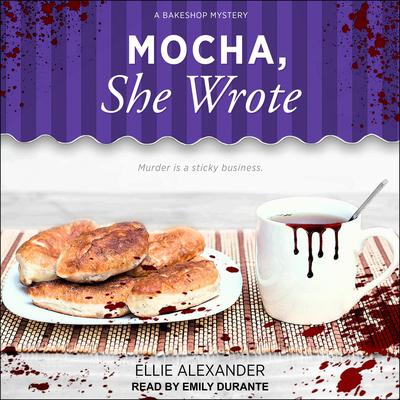 An Oregonian Top 10 Book of Mysteries & Thrillers by Oregon Authors

When a barista competition comes to town, Torte's favorite pastry chef finds herself sleuthing once again.

Summer has ushered in a new season in the charming hamlet of Ashland, Oregon. Torte is bustling with tourists taking in star-drenched shows at the Elizabethan, setting out to hike in the surrounding Siskiyou Mountains, and sampling the bakeshop's summer lineup of raspberry lemon tarts and mint mojito cold brews. Jules and the team are buzzing with excitement when they learn that Andy, Torte's head barista, has been selected to compete in the West Coast Barista Cup.

The prestigious competition draws coffee aficionados from up and down the coast to Ashland. The winner will not only claim to be best-in-brew, but also be awarded a hefty cash prize. Andy's nervous about his chances, but Jules is confident that her star barista will shine. However, things take a grim turn when head judge Benson Vargas spits out Andy's first offering, claiming it to be the worst thing to ever touch his lips—and hours later, is found dead clutching Andy's creamy latte. Suddenly Torte's favorite barista becomes the number one suspect. There's no roast for the weary. Jules will have to sleuth out whodunit to clear Andy's name and catch a killer before she ends up with one foot in the grounds.

“[The] Bakeshop Mystery Series gets a jolt of artisanal coffee in its thirteenth installment…in a refreshing twist on the series featuring Ashland pastry chef and Torte bakery owner Juliet Montague Capshaw.” —The Oregonian