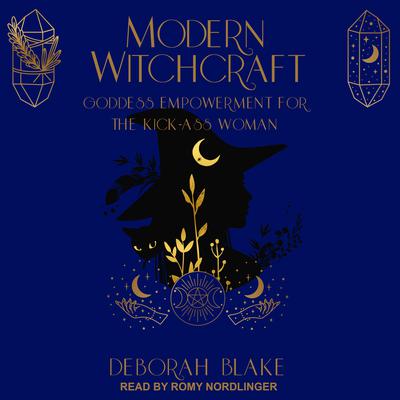 In a time when most formal religions are on the wane, Wicca is said to be the fastest growing religion in North America. What is it that draws people to Witchcraft, and how does a spiritual path with its roots in ancient beliefs and traditions transform itself into a practice that resonates so deeply with today's modern woman?

There are a number of explanations for the phenomenon, such as Witchcraft's connection to the natural world, or acceptance of members regardless of lifestyle choices. For women, however, the greatest appeal may be the worship of a goddess (or goddesses). No stern patriarchal God here. Instead, Wicca and most other forms of modern Witchcraft embrace deity in both the feminine and the masculine. Suddenly, women can look at the divine and see themselves reflected back. In addition, many women are frustrated, frightened, triggered, and down-right furious with the current social and political environment, but feel powerless to create positive change. Witchcraft can give them a sense of personal empowerment.

There are many different Witchcraft paths and a multitude of approaches to its practice. This book will guide the listener on the journey to connecting with the feminine divine both without and within, and open the door to this magical religion that will enlighten, uplift, and energize their lives.

Deborah Blake is the award-winning author of Circle, Coven and Grove: A Year of Magickal Practice, Everyday Witch A to Z: An Amusing, Inspiring & Informative Guide to the Wonderful World of Witchcraft, The Goddess is in the Details: Wisdom for the Everyday Witch, Everyday Witch A to Z Spellbook, Witchcraft on a Shoestring, Everyday Witch Book of Rituals and The Witch’s Broom (all from Llewellyn). Deborah is also the author of the paranormal romance Baba Yaga series from Berkley Publishing, which includes novella Wickedly Magical, and books Wickedly Dangerous and Wickedly Wonderful.