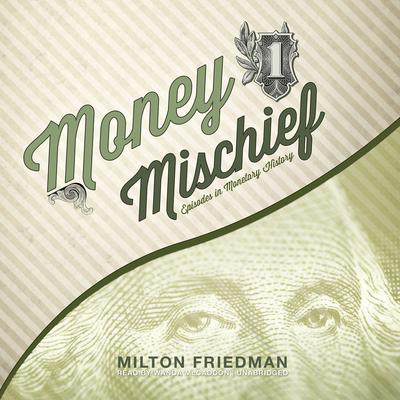 Milton Friedman demonstrates through historical events the mischief that can result from misunderstanding the monetary system; how, for example, the work of two obscure Scottish chemists destroyed the presidential prospects of William Jennings Bryan, and how Franklin D. Roosevelt’s decision to appease a few senators from the American West helped communism triumph in China.

He discusses the creation of value, from stones to feathers to gold. He outlines the central role of monetary theory and shows how it can act to ignite or deepen inflation. He explains, in layman’s English, what the present monetary system in the United States—a system without historical precedent—means for your paycheck and savings book, as well as for the global economy.

“Often iconoclastic yet always persuasive, whatever Friedman has to say about money should always be read. Highly recommended.” —Library Journal
“A lively, enlightening introduction to monetary history…Informed and informative perspectives from monetarism's most articulate apostle.” —Kirkus Reviews

Milton Friedman (1912–2006) was perhaps the most influential economist of the twentieth century. Professor, columnist, author, and advisor, he was awarded the 1976 Nobel Prize in economic sciences.