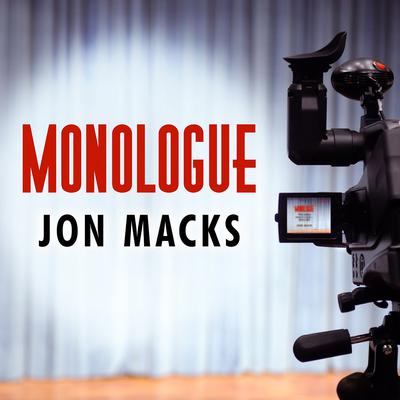 Ever since Johnny Carson first popularized the late-night talk show in 1962 with The Tonight Show, the eleven p.m. to two a.m. comedy time slot on network television has remained an indelible part of our national culture. More than six popular late-night shows air every night of the week, and with recent major shake-ups in the industry, late-night television has never been more relevant to our public consciousness than it is today. Jon Macks, a veteran writer for The Tonight Show with Jay Leno, takes us behind the scenes of this world for an in-depth, colorful look at what really makes these hosts the arbiters of public opinion. From the opening monologue—what's funny, what's dangerous, what's untouchable—to the best vs. worst guests, Macks covers the landscape of late-night comedy and punctuates the narrative with hysterical personal anecdotes, shining the spotlight on some of the very best late-night jokes. With an insider's expertise and a laugh-out-loud voice, Macks explains how late-night TV redefines the news and events of any given day, reshapes public opinion, and even creates our national zeitgeist.

Johnny Heller provides a lively narration. —Library Journal
“Heller confidently tells the story of Macks and his life in the late-night bubble with the skill of a comedian. The jokes are funny enough, but Heller makes them sound even better. His behind-the-scenes accounts are priceless. Macks…compares and contrasts all the late-night impresarios from Steve Allen to Seth Meyers and has a ton of fascinating anecdotes. This is an audiobook you can’t stop listening to. Winner of the AudioFile Earphones Award.” —AudioFile
“Examines not only what makes something funny but also how a joke can help shape public opinion and public behavior and what constitutes inappropriate material…Readers looking for some behind-the-scenes intel on the big stars and the popular late-night shows won’t be disappointed.” —Booklist
“The top writer for The Tonight Show with Jay Leno offers some reflection on late night’s influence but mainly shares jokes and anecdotes…Macks knows how tough it is to be funny night after night, and he has plenty of respect for anyone who does it. Throughout, he borrows jokes from all of them.” —Kirkus Reviews
“Jon Macks is one of the greatest comedy writers of all time… Macks has been the man behind so many great comedians it’s impossible to name them all. I’m proud to say there is no comedic situation I’ll ever enter without him.” —Chris Rock, American comedian, actor, and member of Saturday Nigh Live
“Jon Macks is one of the funniest and most prolific comedy writers I have worked with…Whether it’s politics or pop culture, he gets it instantly. And everything he says about me in Monologue is true.” —Billy Crystal, American actor, comedian, writer, and producer.
“Jon Macks is brilliant craftsman who provides a spectacular insider’s view of how the writers do the work and we clowns take the credit.” —Martin Short, Canadian-American comedian, actor, writer, singer, and producer

Jon Macks is the author of several books, including How to Be Funny: The One and Only Practical Guide for Every Occasion, Situation, and Disaster (No Kidding) and Fuhgeddaboutit: How to Badda Boom, Badda Bing and Find Your Inner Mobster. He was the top writer for the Tonight Show with Jay Leno for all twenty-two years Jay was on the air. He has also written for the Academy Awards, the Emmy Awards, the Golden Globes, the Tony Awards, and for some of the nation’s top comedians, politicians, corporate leaders, and sports commentators. Among the stars he writes for are Billy Crystal, Martin Short, Steve Martin, Hugh Jackman, Terry Bradshaw, and Chris Rock. Macks lives in Los Angeles.