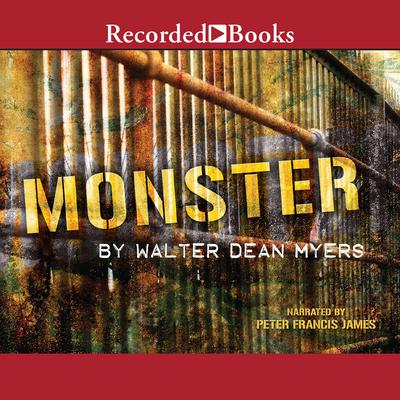 Steve Harmon is 16-years-old. He's a good student, who's shown promise in his film-making class. He has a stable and loving family. And he's on trial for murder. Accused of acting as the lookout for a drug store robbery in which the owner was killed, Steve finds his world turned upside down. He's being held as an adult in a New York detention center. In an attempt to cope with the brutality and degradation of jail and the helplessness he feels at the trial, Steve writes down his experiences and feelings as though it were the script for a movie. The title for his movie comes from the word the prosecution uses to describe him: monster. As the trial progresses, Steve is forced to take a hard look at himself and the choices he's made as he contemplates spending the rest of his life behind bars. Walter Dean Myers has written a riveting, thought-provoking drama that is sure to inspire discussion among young adults. The morally complex story is enhanced by Peter Francis James compelling narration.