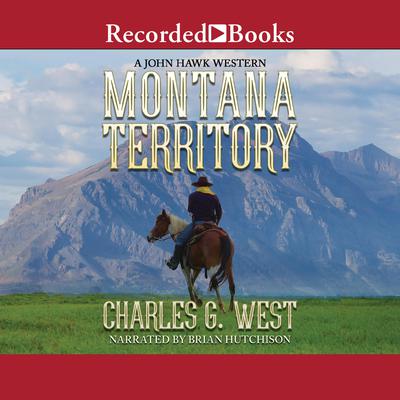 From Spur Award-winning author Charles G. West comes a blistering tale of the American West, where guns are the law, good men are outnumberedand sudden death is a way of life . . . MASSACRE IN MONTANA Raised among the Blackfoot, John Hawk is a valuable asset to the US Army. As a military scout at Fort Ellis, he is able to cross the line between two worldsand help keep the peace. But when he disobeys a direct order from his commander, Hawk is immediately dismissed from his post. That was the armys first mistake. The second was losing track of a small mule train en route to Helena. At the request of his former lieutenant, Hawk leaves his cabin on the Boulder River to help find the missing party. The mule train, it appears, was ambushed by a savage gang of outlaws. Most of the travelers were murdered. Only a few survived to tell the tale. And now its up to Hawk to stalk the killers across the lawless Montana territoryalone. No backup. No calvary. No mercy . . .

Charles G. West arrived on the Western literary scene in 1998 with his first novel, Stone Hand, the first of a three-book series featuring Jason Coles, master tracker. The public response to that series called for more Western fiction by West, who now has written over thirty novels. Inspired in his youth by great adventure authors like A. B. Guthrie, Jr., and Vardis Fisher, West has always sought to be true to the men and women who braved the dangers of the savage frontier that was ultimately forged to become the American West. His novels are classified as historical Westerns due to his diligent research of the times as well as the people.