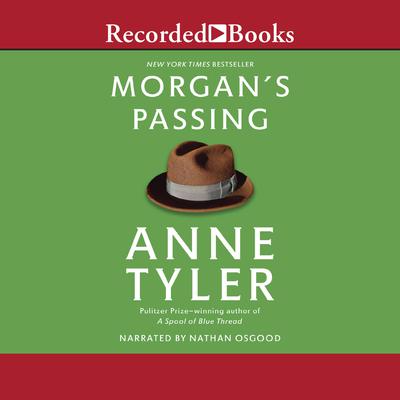 NEW TO ANCHOR CANADA: In this modern classic, a man unhappy with his life and armed with a box of costumes, seeks escape and reprieve by assuming fake identities. Morgan Gower is bored of the tedium of his ordinary life: of his job as manager of a run-down hardware store; of his wife; of his "industriously dull" daughters; of his mother; of his sister. But Morgan's secret escape lies in a box filled with costumes, filled with everything from a fake beard to Napolean's tricorne to Daniel Boone, all of which provide an outlet away from his life and into the identity of someone who is assuredly not Morgan Gower. When Morgan meets newlywed puppeteers Leone Meredith and his heavily pregnant wife, Emily, he is riveted by them, and by their life. When Emily goes into labour in the middle of a show, Morgan fakes his identity as a real doctor, and delivers Emily's child. As time passes, what should have been a fleeting acquaintance turns into an obsession, with Morgan orchestrating reasons to run into the Merediths, spying on them, trying to befriend them, and, eventually, falling in love with Emily. With a combination of mockery and insight, Anne Tyler tells a story that is all too human and all too familiar. With Morgan's Passing, she reveals our struggle with identity: the pretense, the untold stories of our lives, who we might have been, and whom we want to be.